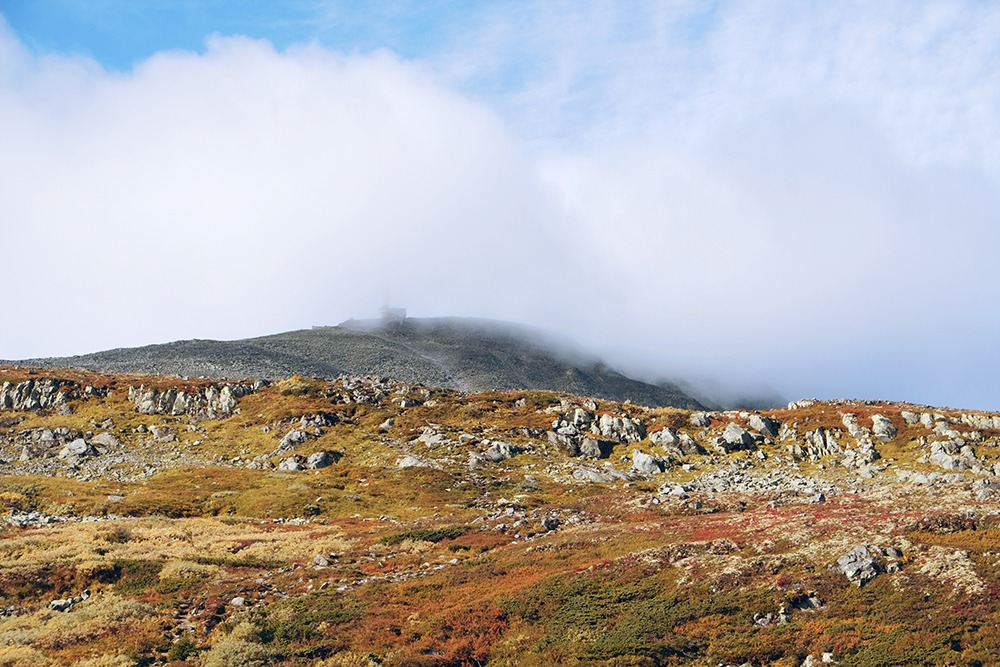 There are many funiculars and cable-car variants across Northern Europe, but I’d say there are none as unique as Gaustabanen. After all, how often do you get to ride in a military funicular underneath one of Norway’s highest mountains, only to emerge on the other side and see 1/6 of the country? Yeah, exactly. That’s what Gaustabanen is!

In September 2020 I got the chance to ride the cable car. While the weather was good at the lower station, a singular cloud hovered over the top station and we didn’t get to see anything. As much as that is a shame, it’s a reality when trying to experience the outdoors in Norway. The weather is not always perfect.

Still, I thought I’d write about the funicular itself. I did get to experience that. If you’re planning to take Gaustabanen, I hope this guide helps with your planning.

Telemark
Southern Norway
In this article…

Gaustatoppen = the mountain
Gaustabanen = the funicular

This article will cover the history and the practicalities of the funicular. I won’t talk so much about the view, what you can do at the top, or the hiking path. I only cover what I’ve done.

The history is important because part of the thrill of the funicular has to do with its NATO history.

Long before there was a funicular there, the mountain Gaustatoppen has been drawing visitors from all over the world. For Norwegians, it has been a popular hiking destination for over 200 years. The cabin at the top (Gausta Turisthytte) was built in 1893 to welcome brave hikers and skiers who made it to the top.

A mountain this high and this snowy is sure to draw skiers, and Gaustatoppen is no exception. Alpine sports began on the mountain in the 1930s, and in 1934 the first race took place. One year later, the first downhill run was finished; it was a 5km (3 mi) long course with a drop of 900m. More on that later.

There were further plans to develop the area as a ski resort, but World War II put a stop to that.

After the war, Gaustatoppen continued to thrive as a ski destination. This talk began surrounding making some kind of rail to make it easier to get to the top of the mountain. The local press in Rjukan began to write about it. They were saying it would also be important for television, air traffic, weather forecast, and tourists.

In autumn 1953, the regional airline Widerøe conducted a survey of the mountain. The Armed Forces stated their interests in the rail, and it was decided to split the costs between the Army and the tourism group. In 1954, the Army hired Norsk Hydro (an electric company) as the contractor. In February, work began to build the funicular.

Shortly after construction began, NATO became interested in the project. Eventually they took over the project, and any hopes of having the funicular for tourism diminished. Still, it wasn’t too bad for the locals. It’s believed that a large portion of the population in Rjukan either worked or knew someone who worked at the facility. NATO secured all the funding they needed for the funicular, and it is likely that the project wouldn’t have been finished if not for them.

The construction was hindered by permafrost. When working, the construction workers had to deal with several thousand years old ice. The tunnel they were constructing acted as a huge chimney for hot air, and this caused the ice to melt. There was a risk of landslide. They were able to keep working by making reinforcement work from the top to the bottom of the mountain. Furthermore, safety walls went up with the help of the US Army helicopters. The project was funded with American military grants, and it cost around $1 million USD.

The Gaustabanen opened in 1959 as a NATO facility. There were plans to recoup some of the costs with tourism, but as the Cold War intensified it remained a military secret instead. It lasted as that until the collapse of the Soviet Union and eastern Bloc in the 1990s.

The iconic peak played an important part in telecommunications in Norway. Due to its location in the far north and common border with the Soviet Union, Norway’s important role in the NATO defence was to be a warning and intelligence base. Gaustabanen and the facility required a secure connection.

Little information is available as to what went on in the facility. The Soviets were also curious about what was going on, and cars with Soviet embassy signs and long antennas were observed in the area.

Moreover, the few civilians who took the rail in the 1960s, 70s and 80s had to be cleared in advance.

Use of the facility ended in the 1990s, and after that there was interest in converting it into a tourism facility. After a heavy renovation, Gaustabanen opened to tourists in 2010, only 60 years after the original tourism plans!
Gaustatoppen is still important for communication. It also functions as a broadcasting and weather station.

Gaustabanen and the mountain are hugely popular for hikers and skiers, as well as general tourists. Around 100,000 people visit the tourist cabin every year.

Ski competitions take place on the mountain. One is the Norseman Triathlon, billed as the ‘world’s most brutal iron-distance triathlon’. It starts in Eidfjord and finished at the top of Gaustatoppen.

The Gausta Ski Centre has 45km of slopes and 550m in height difference.

The entrance to Gaustabanen is 1125m above sea level, and the exit is 675m further up.

The first stage of your journey is a horizontal tram that takes you 850m straight into the mountain.

The second stage involves changing to the funicular part; you have to leave the tram and walk to the funicular. The vertical funicular takes you on a 1040m path with a rise of a staggering 39 degrees.

When you get out of the carriage at the top, you have to walk through a 110m long tunnel to get out. That is the only part of the NATO facility you’ll see. The other rooms are still hidden from the public.

Perhaps the tunnel system looks familiar? Well, maybe if you’re into hydropower. The layout of the tunnels is directly inspired from hydroelectric power generation water-duct tunnels.

What You See from the Top

From the top station, it’s possible to walk to the tourist cabin. Walk a little further and you reach the actual summit. Please note that the ground is made up of loose rocks, and there’s a high chance they’ll be slippery.

Should you get perfect weather, you can see the entire Hardangervidda Plateau to the north-west and the sea to the south.

Again, I was unlucky and didn’t get to see anything from the top. There was this one cloud just hanging out on the top station. However, I could see the radio tower from the carpark. You can also see this pesky cloud in the photo.

The top station is home to one of the highest toilets in Norway. Yes, you read that right! However, they cost money to use.

Is it Worth it?

Honestly, I don’t know. The ticket price is steep at 370 NOK for an adult return. When we paid the ticket, the sky was clear. By the time we reached the top, there was a cloud.

Additionally, you need to allocate a lot of time for the trip. The tram leaves every 15 minutes, and the total journey takes 15-25 mins to reach the top. Then you have to go through that whole process again. We’d allocated 1.5 hours to the whole trip, and barely spent any time at the top because of that.

Still, I think if you allocate enough time to do a walk or hike at the top, get a bite to eat at the tourist cabin, and enjoy the trip, it’s well worth it. The funicular is an incredibly unique experience and we really enjoyed that. If you get good weather, I’d say it’s worth it.

Getting There: Gaustabanen is located on the County Road 651 about 10 minutes up-hill from Rjukan in Telemark. It’s marked as ‘Gaustabanen’ on Google Maps.

Parking: There are separate parking facilities for caravans and cars – the carpark is much closer to the visitors centre than the caravan one.

Food & Drink: The lower station has a coffee machine and some light snacks. There are places to sit outside. The upper station doesn’t have anything; you have to walk uphill to the tourist cabin to find food.

Toilets? Free toilets at the bottom visitors centre. The toilets cost money on the top station.

Temperature: The annual average temperature is -4.3C below zero. It will be very cold and likely windy at the top. Dress for winter weather!

Departures: The funicular departs every 15 mins and can only take 18 people per trip. Be sure to get there early to avoid crowds, especially in summer. The lower visitors centre is not large and you can’t sit inside, so you’ll be queuing outside.

Souvenirs: Available at the lower station.

Hikes: It is possible to hike from the carpark to the top station. It is regarded as a difficult hike by Norwegian standards. The hike is only 4.6km (a little under 3 miles), but it’s on a very rocky path. Click here for info on the hike (in Norwegian). 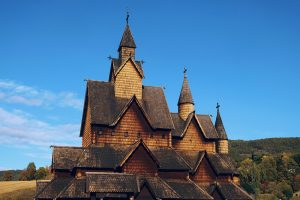 Practical information about riding the underground funicular Gaustabanen, including its history and present day use! END_OF_DOCUMENT_TOKEN_TO_BE_REPLACED